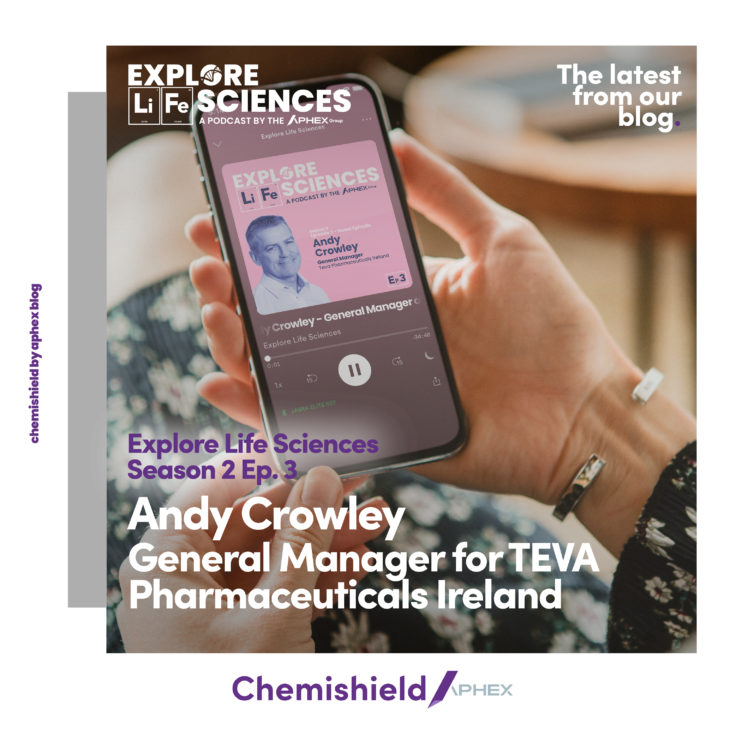 Andy was born in Liverpool in 1965 along with his two elder brothers where his Waterford born parents had emigrated to in search of work and adventure. At the tender age of two, the family returned to Ireland and grew to 6 children. His Dad, who passed away in early 2022, was a real entrepreneur and started up many companies during his lifetime, several of which are still thriving today under the management of the family.
Andy qualified with first class honours in Mech. Engineering from TCD at 20 years of age. With a love of learning, he continued his education over the years achieving three further Master degrees including an MBA from the University of Limerick. During his student years he worked in the family security business and on graduation moved to the engineering department at Bausch & Lomb, Waterford. He enjoyed 10 years at Bausch & Lomb helping to grow the contact lens business and transferring new products from Europe and the US to Waterford. In 1996, he moved to TEVA Waterford to head up the engineering department and subsequently moved through various operational roles. TEVA is one of the world’s leading supplier of generic and branded medicines and the Waterford site now specialises in the development and manufacturing of inhalers for the treatment of respiratory disease. In 2011, he became site General Manager and continues today to lead the company and instil his passion for Operational Excellence to the 650 employees on the site.
He is married to nutritional therapist Jackie with 3 children Dean, Jess and Lee who have all chosen a path to work in the Life Science industry.

And can you tell me more about the kind of bio Pharma and medicine development, or Teva?
Well, Teva’s mission statement is to be a global leader in the production of oil, Pharmaceuticals and generic products. And I suppose in some ways that answers our question. For many years, Teva has been one of the Giants of generic in terms of producing generic medicines and still is, but also the recognition of the need transition Pharmaceuticals, which are complex medicines made from living organisms. That’s not recognizable as part of our mission statement. So Teva creates its own innovative biological medicines, and it also develops oil similars, which sits comfortably with heavy reputation as a manufacturer of generic medicines, where the boys similars are distinct and high quality copies of original biological medicines. So it’s part of what we do.

What advice would you give someone who’s kind of considering starting out a career in Pharmaceuticals?
I often look at Pharmaceuticals as setting the standards, the highest levels of Tenness, the highest levels of complex problems, and sometimes the highest levels of education. And it will challenge you, certainly in here. But it needs to fit with your personal values. It needs to overlap with what your ambition, what you want to come, what you want to do, but an extremely rewarding job, or extremely rewarding to be in this industry because of the impact that we have on patients and lifestyles and to feel that you’re part of that. And it’s exciting. It’s changing.

And then in terms of Teva, specifically, what kind of person would you feel does well, as an employee in Teva?
I mentioned values, and I suppose generally there has to be some sort of overlap the business values and what you value. Otherwise it does not match at all. So some overlap. Some of Taylor’s values are caring. I think I mentioned that in parts of respecting people leading, we don’t want to follow, we want to lead. Accountability. The idea is that you’re accountable for your work and your performance here. One of our values too, which I love is making our families proud. So this idea of we come to work, but we have a sense that we’re making our parents, our kids, ourselves, whaTeva, proud of the work we do. So all of those things and I think there’s enough there that certainly would overlap a lot of people in their values.

Check out our previous podcast here

Listen to the full podcast now:

We use cookies to ensure that we give you the best experience on our website. If you continue to use this site we will assume that you are happy with it.OkNo